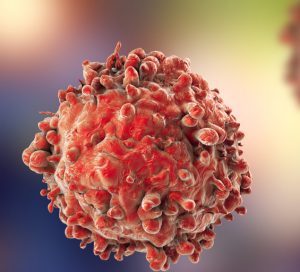 The 11H4 monoclonal antibody reacts with mouse, human, and rat low density lipoprotein receptor-related protein 1 (LRP1), also known as alpha-2-macroglobulin receptor (A2MR), apolipoprotein E receptor (APOER) and CD91. LRP1 is synthesized as a signal polypeptide chain that undergoes cleavage, shortly after synthesis, into the 85 kDa transmembrane β chain that non-covalently binds to the extracellular 500-515 kDa α chain. The 11H4 antibody binds to the β chain of LRP1. LRP1 is an endocytic receptor involved with intracellular signaling, lipid homeostasis, and clearance of apoptotic cells. Additionally, LRP1 is the primary receptor mediating transport of amyloid beta (Aβ) peptides across the blood-brain barrier into circulation, thereby clearing them from the brain. Dysfunction of LRP1 may be a contributing factor in the development of Alzheimer’s disease.

OBJECTIVE: Insulin resistance is associated with impaired receptor dependent hepatic uptake of triglyceride-rich lipoproteins (TRL), promoting hypertriglyceridemia and atherosclerosis. Next to low-density lipoprotein (LDL) receptor (LDLR) and syndecan-1, the LDLR-related protein 1 (LRP1) stimulated by insulin action contributes to the rapid clearance of TRL in the postprandial state. Here, we investigated the hypothesis that the adaptor protein phosphotyrosine interacting domain-containing protein 1 (PID1) regulates LRP1 function, thereby controlling hepatic endocytosis of postprandial lipoproteins. METHODS: Localization and interaction of PID1 and LRP1 in cultured hepatocytes was studied by confocal microscopy of fluorescent tagged proteins, by indirect immunohistochemistry of endogenous proteins, by GST-based pull down and by immunoprecipitation experiments. The in vivo relevance of PID1 was assessed using whole body as well as liver-specific Pid1-deficient mice on a wild type or Ldlr-deficient (Ldlr(-/-)) background. Intravital microscopy was used to study LRP1 translocation in the liver. Lipoprotein metabolism was investigated by lipoprotein profiling, gene and protein expression as well as organ-specific uptake of radiolabelled TRL. RESULTS: PID1 co-localized in perinuclear endosomes and was found associated with LRP1 under fasting conditions. We identified the distal NPxY motif of the intracellular C-terminal domain (ICD) of LRP1 as the site critical for the interaction with PID1. Insulin-mediated NPxY-phosphorylation caused the dissociation of PID1 from the ICD, causing LRP1 translocation to the plasma membrane. PID1 deletion resulted in higher LRP1 abundance at the cell surface, higher LDLR protein levels and, paradoxically, reduced total LRP1. The latter can be explained by higher receptor shedding, which we observed in cultured Pid1-deficient hepatocytes. Consistently, PID1 deficiency alone led to increased LDLR-dependent endocytosis of postprandial lipoproteins and lower plasma triglycerides. In contrast, hepatic PID1 deletion on an Ldlr(-/-) background reduced lipoprotein uptake into liver and caused plasma TRL accumulation. CONCLUSIONS: By acting as an insulin-dependent retention adaptor, PID1 serves as a regulator of LRP1 function controlling the disposal of postprandial lipoproteins. PID1 inhibition provides a novel approach to lower plasma levels of pro-atherogenic TRL remnants by stimulating endocytic function of both LRP1 and LDLR in the liver.

Axonal injury is a common cause of neurological dysfunction. Unfortunately, in contrast to axons from the peripheral nervous system, the limited capacity of regeneration of central nervous system (CNS) axons is a major obstacle for functional recovery in patients suffering neurological diseases that involve the subcortical white matter. Urokinase-type plasminogen activator (uPA) is a serine proteinase that upon binding to the urokinase-type plasminogen activator receptor (uPAR) catalyzes the conversion of plasminogen into plasmin on the cell surface. uPAR expression increases after an injury, and signaling through uPAR promotes tissue remodeling. However, it is yet unknown whether uPA binding to uPAR has an effect on axonal recovery in the CNS. Here, we used in vitro and in vivo models of CNS axonal injury to test the hypothesis that uPA binding to uPAR promotes axonal regeneration in the CNS. We found that newly formed growth cones from axons re-emerging from an axonal injury express uPAR and that binding of uPA to this uPAR promotes axonal recovery by a mechanism that does not require the generation of plasmin. Our data indicate that the binding of recombinant uPA or endogenous uPA to uPAR induces membrane recruitment and activation of beta1 integrin via the low density lipoprotein receptor-related protein-1 (LRP1), which leads to activation of the Rho family small GTPase Rac1 and Rac1-induced axonal regeneration. Our results show that the uPA/uPAR/LRP1 system is a potential target for the development of therapeutic strategies to promote axonal recovery following a CNS injury.

Hepatic stellate cell (HSC) activation and trans-differentiation into myofibroblast (MFB)-like cells is key for fibrogenesis after liver injury and a potential therapeutic target. Recent studies demonstrated that low-density lipoprotein receptor-related protein 1 (LRP1)-dependent signaling by tissue-type plasminogen activator (t-PA) is a pro-fibrotic regulator of the MFB phenotype in kidney. This study investigated whether LRP1 signaling by t-PA is also relevant to HSC activation following injury. Primary and immortalized rat HSCs were treated with t-PA and assayed by western blot, MTT, and TUNEL. In vitro results were then verified using an in vivo, acute carbon tetrachloride (CCl4) injury model that examined the phenotype and recovery kinetics of MFBs from wild-type animals vs mice with a global (t-PA) or HSC-targeted (LRP1) deletion. In vitro, in contrast to kidney MFBs, exogenous, proteolytically inactive t-PA suppressed, rather than induced, activation markers in HSCs following phosphorylation of LRP1. This process was mediated by LRP1 as inhibition of t-PA binding to LRP1 blocked the effects of t-PA. In vivo, following acute injury, phosphorylation of LRP1 on activated HSCs occurred immediately prior to their disappearance. Mice lacking t-PA or LRP1 retained higher densities of activated HSCs for a longer time period compared with control mice after injury cessation. Hence, t-PA, an FDA-approved drug, contributes to the suppression of activated HSCs following injury repair via signaling through LRP1. This renders t-PA a potential target for exploitation in treating patients with fibrosis.

Macrophage accumulation is one of the hallmarks of progressive kidney disease. Resting macrophages have a finite lifespan, but become resistant to apoptosis in response to pathogenic cues, whereas the underlying mechanism remains unknown. Tissue-type plasminogen activator (tPA), a protease up-regulated in the kidneys with chronic injury, has been shown to promote macrophage accumulation and renal inflammation. We hypothesized that tPA may be the endogenous factor that promotes macrophage survival and extends their lifespan that leads to their accumulation in the injured kidneys. We examined the role of tPA in macrophage survival, and found that tPA protected macrophages from both staurosporine and H2O2-induced apoptosis. tPA promoted the survival of both resting and lipopolysaccharide- or interferon-gamma-induced M1 macrophages, but failed to do so in the interleukin 4 (IL4)-induced M2 macrophages. In the kidneys with unilateral ureteral obstruction, there were significantly more apoptotic M1 macrophages in tPA-deficient mice than their wild-type counterparts, and obstruction-induced M1 macrophages accumulation and M1 chemokine expression were markedly reduced in these knock-out mice. The cytoprotective effect of tPA required its receptor, LDL receptor-related protein-1 (LRP-1). tPA induced the phosphorylation of Erk1/2, p90 ribosomal S6 kinase (RSK), and p38 in a temporal order. The tPA-mediated macrophage survival was eliminated by PD98059, BI-D1870, or sc68376, the specific inhibitors for Erk1/2, p90RSK, or p38, respectively. Thus, it is clear that tPA promoted M1 macrophage survival through its receptor LRP-1-mediated novel signaling cascade involving Erk1/2, p90RSK, and p38, which leads to the accumulation of these cells in the injured kidneys.